Understand this device better by calling our hotline at Australia wide 1300 088 088!

Created in March 1, 1938 in Daegu, South Korea, Samsung is a well-known South Korean multinational corporation that is comprised of various affiliated businesses and subsidiaries in different industry that is under the same brand, the Samsung brand. Considered to be the largest South Korean chaebol, Samsung is headquartered in Samsung Town Seoul, Korea and is notable for several of its successful industrial subsidiaries.

Samsung started out as a trading company and throughout its years of operations has expanded and branched out to several diversified areas, which include food processing, insurance, retail, securities, and textiles. The company also entered the electronics industry and the construction and shipbuilding industries decades after its establishment, which have been the company’s successful subsidiaries til the present time.

Samsung is divided into four business groups, including the Samsung Group, CJ Group, Hansol Group, and Shinsegae Group. And after that, Samsung has incredibly done well for itself in all of its affiliated businesses. 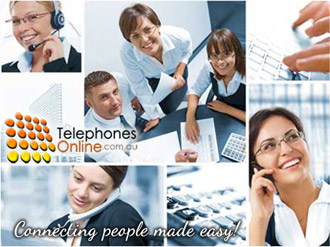 An Australia-operated and –owned telecommunications company that started its operations more than 2 decades now, Telephonesonline Pty Ltd is considered one of the best in the company due to its years of experience and its extensive and all-ranging product portfolio. The company is well-known for its ability to cater to customers’ specific needs and be able to provide them with the ideal products and services to deal with them. In addition to that, the company offers the largest product portfolio in the Australian market, offering both brand new and second-hand items. The company offers several brands in second-hand condition, including Avaya, LG Aria, Samsung, Ericsson, Nortel Networks, Commander, Alcatel, Fujitsu, Cisco, NEC, Panasonic, and Coral Tadiran Telecom.

Telephonesonline has enough years of experience to be capable of helping customers put together the best phone package for them. Visit the company's official site at Telephonesonline.com.au and check out the products needed.