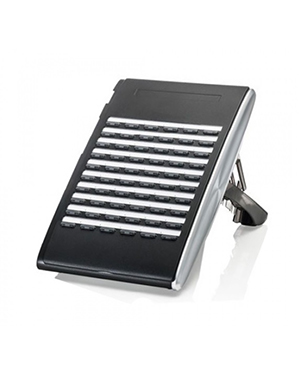 Direct Station Selection (DSS) Console provides one-touch access to extensions, lines, and system features. The DSS Console (P/N 1090024 for black and P/N 090029 for white) gives a keyset user one-button access to extensions, lines, and selected features. This saves time for users that do a lot of call processing such as operators or dispatchers). The system allows you to install 4 DSS Consoles maximum per system. DSS Consoles use their own digital station port and do not require a separate power supply. In programming, you assign each installed console to an “owner” keyset. Each console can only have one owner.

NEC, also known as the NEC Mobile Communications, Ltd., is a small company that operates widely, even proving the magnitude of the expertise that the company’s employees have and how it handles in the industry and the market. Some of the business categories involve the following:

NEC is an expert in providing phone handsets and systems. And despite the development and evolution of technology in the fields of communication, phones is still the best tool used to stay connected. Whether these phones are installed on a desk, a computer, or in the palm of hands, phones are still the leading communication device used by people of all types of companies and industries. And NEC offers a wide range of devices, solutions, and applications. And since these products are very flexible, businesses prefer to use them in addition to their wireless systems and softphones to improve productivity and access convenient tools.

Telephonesonline Pty Ltd is the largest equipment supplier in Australia, specifically pre-owned, refurbished, and second-hand communication products, solutions, and systems. This makes the company the best shot for small and mid-sized business, which usually allot limited budget for their phone needs. And since the company offers a wide variety of refurbished communication systems and devices, Telephonesonline also provides its customers with competitive prices. All types and sizes of enterprises can then be provided with whatever they need. And having an extensive product portfolio of refurbished products, as well as being considered the largest supplier of these similar items, the company offers different brands in this condition, including these ones: