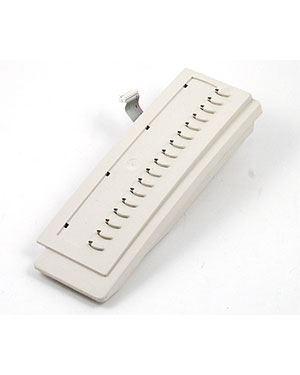 The Ericsson DBY 409 DSS White Console is an additional device advised for users who deal with more communication functions and features in their daily tasks. Designed with 17 additional buttons to Ericsson 3000 series business telephones buttons, These 17 buttons can be pre-programmed to function as specific phone capabilities that users will make use of most of the time. In the end, using this device will provide better call handling and management capability to its users.


Get to know this product more by calling our experts at hotline Australia wide 1300 088 088 now!


3 Reasons Why You Should Use a DSS Console

Ericsson is a Swedish telecommunications corporation that was started by Lars Magnus Ericsson in the year 1876. Globally headquartered in Stockholm, Sweden, the company is well known for introducing innovative communications technologies and devices in the market. Investor AB as its parent organisation, it also has several subsidiaries, including Redback Networks and Ericsson Nikola Tesla. And since its establishment, it has expanded its operations all throughout the world, and in return expanding the company’s portfolio to cater to all types of telecommunication needs and requirements customers need.

Ericsson has always looked forward to achieving and aiding a well-networked society. The company envisions this kind of society to empower every individual to their fullest potentials, by making sure that the right information are delivered to the right people at the right time. In addition to that, Ericsson also aims to make a real different in the lives of the people around the world.

Telephonesonline Pty Ltd is an Australian telecommunications products and services provider and wholesaler. The company starting providing its offers and services to the market over 20 years ago, polishing its operations and transactions throughout its years of existence. In addition to its operations, it was also able to polish its portfolio, expanding it to both brand new and refurbished, and offering all types of brands in the industry. With these offers, the company is even named as the biggest pre-owned, refurbished, and second-hand business communications wholesaler and supplier, offering a wide range of popular brands, including the following:

One of the company’s largest market is the online world. It operates through its website- telephonesonline.com.au.