The Commander Nortel T7100 Display Phone is an entry-level communication device that is perfect for several public environments and locations that could be accessed by people who need to occasionally make their calls. Some of which are the following public locations:

Do you want to check this product out? Take out your phone and dial Australia wide 1300 088 088 hotline today!

Things You Should Know about Commander Nortel T7100 Display Phone

The Commander Nortel T7100 Display Phone is a single-line telephone that offers the following features:

Headquartered in Ontario, Canada, Nortel Networks has its roots started in the invention of telephone itself. While the company may have been founded in the year 1895, it started even earlier than that through the Bell Telephone Company of Canada which is the company that can trace its history back to Alexander Graham Bell, who is the popular inventor of the telephone. Bell System was created with the first telephone factory in Canada known as Brantford factory. From Brantford factory, Bell Telephone Company of Canada was created and that is where the Northern Electric and Manufacturing Company Limited came from.

Northern Electric and Manufacturing Company Limited, which was later known as Nortel, was created by Bell Company as a division under the management and in the process of circumventing the strict restrictions provided by the U.S. government when it comes to importing of phones. The department expanded and turned to a global company after years of operation. 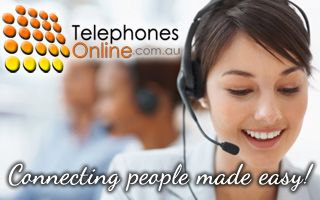 Telephonesonline Pty Ltd is Australia’s largest and most expansive online store that has been operating in the market for over two decades now. This online store is able to provide to the needs of both individuals and groups, considering it can easily wholesale products and solutions for organisations and companies that need them. The company is also able to provide to the needs of SoHos, SMEs, large companies, and government organisations alike, through its variety of pre-owned, second-hand, refurbished, and brand new products and solutions. Some of these products and solutions that it offers are the following: