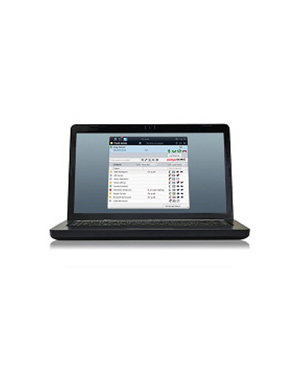 Avaya One-X Communicator Video R6 CM5.X New One License: DS is a Designated Systems/s License that authorises end users to have the right to the software through installation of copying. The qualifications for this authorisation could only be applied:

Using Avaya One-X Communicator Video R6 CM5.X New One License: DS, the company may require DPs (Designated Processor/s) to be identified based on the following order:

Learn more what you can get from this license by calling our representatives at Australia wide 1300 088 088 find out more!

Avaya has a humble beginning like most gigantic enterprises of today. It has its roots liked to two (2) well-known companies, including Lucent Technologies and AT&T. Lucent Technologies was part of AT&T in 1995 and from there, it was spun off as an independent company in 2000, which is what the current Avaya stands on.

Avaya came from the “Enterprise Communications Group” of the Lucent Technologies, which is where the Avaya came from, including the expertise and experience it gathered to cater to the global market. From Enterprise Communications Group, it became Avaya, which encompasses what the company wants to offer its customers- open flow and flexible communication. The company’s main objective is to deliver the market with seamless and effortless connections.

Avaya, headquartered in Santa Clara, California, currently operates using the stock symbol AV. This American technology conglomerate operates in the global market with the help of approximately 8,700 employees all over the world.

Telephonesonline Pty Ltd is one of the largest operating telecommunications online stores in the Australian market. The company has been recognised as one of the most reliable supplier and wholesaler of phone products and solutions in the market, ensuring its high quality through meticulous product testing, evaluation, and cleaning before being offered to the market.

Telephonesonline is known to offer one of the most extensive and all-ranging product portfolios in the market. This portfolio is the result of the company’s decades of market research on trends and customer demands. It offers both brand new and refurbished products and solutions, along with these following telecom brands for all types of customers to choose from:

Learn more what you can get from this license by calling our representatives at Australia wide 1300 088 088 find out more!
Order today for FAST Delivery Australia Wide: Melbourne, Sydney, Brisbane, Queensland, Perth, Darwin, Canberra and Adelaide.