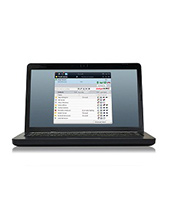 The Avaya One-X Communicator for Macintosh OS R1/R6 New License: UC is an offer that serves as an agreement between end users and the company that end users have the permission to install and use the mentioned compatible software on multiple Designated Processors (DPs) (on one or more servers), given that end users will stick with the licensed number of units that can access and use the software.

When considering units, it means that the number of agreed upon by both the company and the end users when the end users registered and availed of the licenses. It can be without limitation, one of these things in the name of a corporate function or a person:

Avaya is an American multinational enterprise that operates in the global market with its main headquarters located in Santa Clara, California. Founded in the year 2000 with its roots coming from AT&T and Alcatel Lucent, this global company excellently operates worldwide with the assistance of approximately 8,700 employed experts of their specific fields. When it became an independent enterprise in 2000, it remains as a public company until 2007, when it was bought by private equity firms. It became a public company again in the year 2017, trading using AVYA as its stock ticker.

Avaya has its focus and expertise on business communications, particularly in CC (Contact Centre) and UC (Unified Communications). The company is able to easily cater to the global market, with the help of 220,000 customer locations worldwide, assisting the company in its successful operations. It was even ranked as one of the entries in the Forbes list of largest private companies in America.

Telephonesonline Pty Ltd is an Australian telecommunications company that showcases wide range of phone products, solutions, and systems in the market. It houses brand new, second-hand, refurbished, and pre-owned products and solutions, as well as the following popular telecom brands that customers can choose from:

Telephonesonline has dedicated its expertise and operational efforts in building and expanding this product portfolio to be extensive enough to the point that one single product portfolio can cater to the varied communication needs and preferences of individuals, SoHos, SMBs, large companies, government sectors, and private organisations. This powerful product portfolio is currently being offered by the company and can be accessed by interested customers through its online store, Telephonesonline.com.au.

Do you want to find out more about this? Call our company hotline today at Australia wide 1300 088 088!
Order today for FAST Delivery Australia Wide: Melbourne, Sydney, Brisbane, Queensland, Perth, Darwin, Canberra and Adelaide.