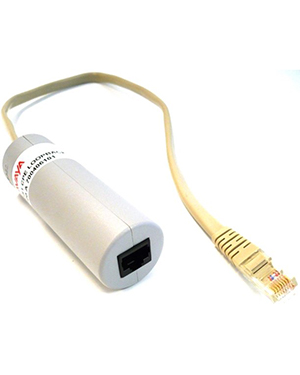 The DS1 span test is composed of 2 parts. The first part powers-up the loopback jack and sends a signal from the DS1 circuit pack, through the wiring, to the loopback jack. It allows about 10 seconds for the signal to loop around the loopback jack and return to the DS1 circuit pack. It will send the results to the management terminal and then proceeds to the second part of the test. The second part sends the standard, 3-in-24 DS1 stress-testing pattern from the DS1 board, through the loopback jack, and back to a bit error detector and counter on the DS1 board. The results on the management terminal will be displayed on a bit-error rate counter until you terminate the test. Both parts of the test must be performed always.

Loopback Testing with a Smart Jack

Established in 2000, Avaya is a telecommunications company that has successfully created relevant strides when it comes to the industry. The company specializes in communication aspects that include Contact Centres, Small and Midsize Businesses, Networking, and Unified Communications. With its headquarters in California and around 28 support centres all over the world, Avaya has over 10,000 employees working under the management and making sure that all the company’s operations perform efficiently and effectively.

A global next-gen business communication and collaboration solutions provider, Avaya aims to help customers in keeping people connected and disseminating the right information at the right time and in the right avenue. The company’s products and solutions also aid in improving the productivity and efficiency of businesses, as well as assist in coming up with resolutions for critical businesses challenges. And with an open-based standard, customers are given the chance to be hands-on, when it comes to figuring out which solutions works ideally for them.

Telephonesonline Pty Ltd is a company in Australia that cater to the telecommunication needs of people in the country. Offering high quality products, solutions and services, the company has been providing its help to businesses of all types and sizes even decades ago that has given the company with enough years of experience to be considered as an expert in the industry.

Different businesses have their own respective communications challenges in their operations, and this is where Telephonesonline comes in play. Small and mid-size enterprises have the challenge of finding communication phones and system that would fit the limited budget they have set for this specific aspect. When it comes to large corporations, they find it hard to look for a simpler communication system that could work ideally with their complicated structure of management and operations.

Interested in the products and services of the company? Know more and visit their official website: Telephonesonline.com.au.