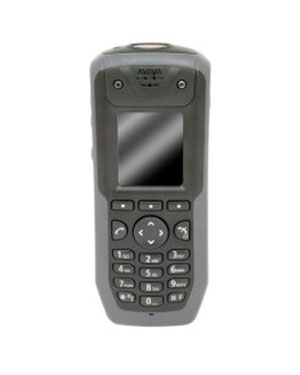 The Avaya 3740 DECT telephone (Part number: 700479454) designed for rugged production environments, featuring a-rich telephone with color display (enhanced color display), telephony, messaging, illuminated monochrome or color display, Bluetooth and alarm functions (Built-in sensor and alarming capabilities) for personal security. The telephone is highly robust designed to be used in demanding environment which a good choice for isolated or other high-risk work environments where an employee might be working alone (can be integrated with building security systems to increase safety for the users / workers).

Note: Avaya 3740 DECT telephone is suitable for user’s dependent of being reachable and / or having a need for mobile voice and messaging features, which makes it ideal for applications where the user needs either one way messaging or to be able to interact with other users.