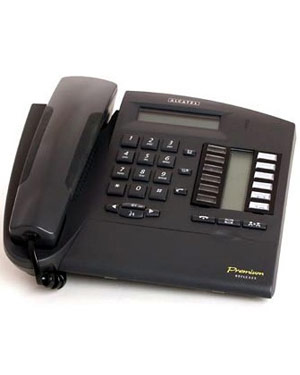 Alcatel 4020 Premium Reflex Phone is a communication device compatible with the Omni PCX 4400 Phone System Platform. It can be connected to at most 12 lines, providing multiple-line operation to its users. This phone is integrated with caller ID and a speakerphone with digital duplex technology that could provide users with clear and sharp audio. Alcatel and Lucent Technologies joined forces in the year 2006 and gave birth to Alcatel-Lucent. While this company is now under Nokia’s management, the company, even before, has operated and performed well in the industry, being a frontrunner and leader in several sectors of communications. Some of the company’s specialties include networks, internet, IP, mobile, cloud, optics, and broadband.

Headquartered in France before it became part of Nokia, Alcatel-Lucent is well-known for its top-of-the-line networks. Their networks are proven to be the epitome of the company’s passion and goal in creating a well-connected world, despite the existence of different industries and enterprises. These networks are considerably more dynamic than other networks offered in the market, allowing the networks to adapt to its users’ needs and expansions.

Also known as the first truly global communication solutions provider in the world, Alcatel-Lucent provides one of the most complete end-to-end product and solutions portfolio in the industry. Telephonesonline Pty Ltd is Australia’s biggest supplier and wholesaler of refurbished, pre-owned, and second-hand phone systems and equipment. The portfolio of the company is also not limited to refurbished items since it also offers brand new devices and the most advanced systems in the market. This is how expansive and wide range its product portfolio is. Some of the popular brands that the company offers in refurbished condition are the following:

Telephonesonline offers its customers the chance to customise its communication package in order to fit the specific requirements and needs of customers. With its 20 years of experience in the industry, it is knowledgeable enough to know which ones are best for specific situations.