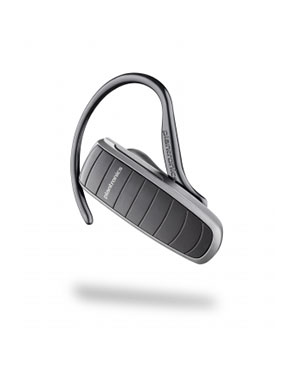 Leonardo da Vinci once said "Simplicity is the greatest sophistication".

Knowingly or unknowingly, Plantronics seems to have applied this adage in the design of the M20. By comparison to other Bluetooths in Plantronics' range the M20 is a relatively simple piece of equipment, but, there are some great advantages in this simplicity of design.

The M20 has an enormous 11 hours of talk time and up to 16 days of standby time (some of the more fandangled headsets will only last a third of that time). Want it to last longer? The M20 also has a power switch to conserve power.

The M20 can be worn either ear and weighs just 11.5 grams, so it is light and comfortable. If you have an iPhone, you'll be able to see how much battery power you have remaining with the onscreen headset battery meter. If you don't have an iPhone, no problem, one of the whispered voice alerts will tell you how much talk time you have remaining. Other Voice Alerts include volume level and connection status.

Whilst this headset 'actively fights noise and wind', it does not have the triple mic, 3 layer noise cancelation and digital signal processing systems of it's more elaborate (and more expensive) cousins and hence it won't perform quite so well in a windstorm as say, the Voyager Pro+. If you're not often using your headset in intensely noisy environments though, the M20 will be fine.

The M20 is uncomplicated as far as modern headsets go, but it doesn't follow that the M20 is unsophisticated. It does what it does, and it does it well. If you aren't looking for a new personal assistant - just a bluetooth headset - the M20 is a great, easy on the budget choice.